The art and culture of ancient Greece inspired the painter Delos with the same love and admiration that Emperor Hadrian had for them; it is therefore not surprising to find him in some of his paintings, with Antinous, his handsome lover, and to see Marguerite Yourcenar, author of the “Memoirs of Hadrian”.

In the years from 1990 to 2000, Delos produced a whole series of paintings related to the work of Marguerite Yourcenar. This small gallery presents this beautiful collection. 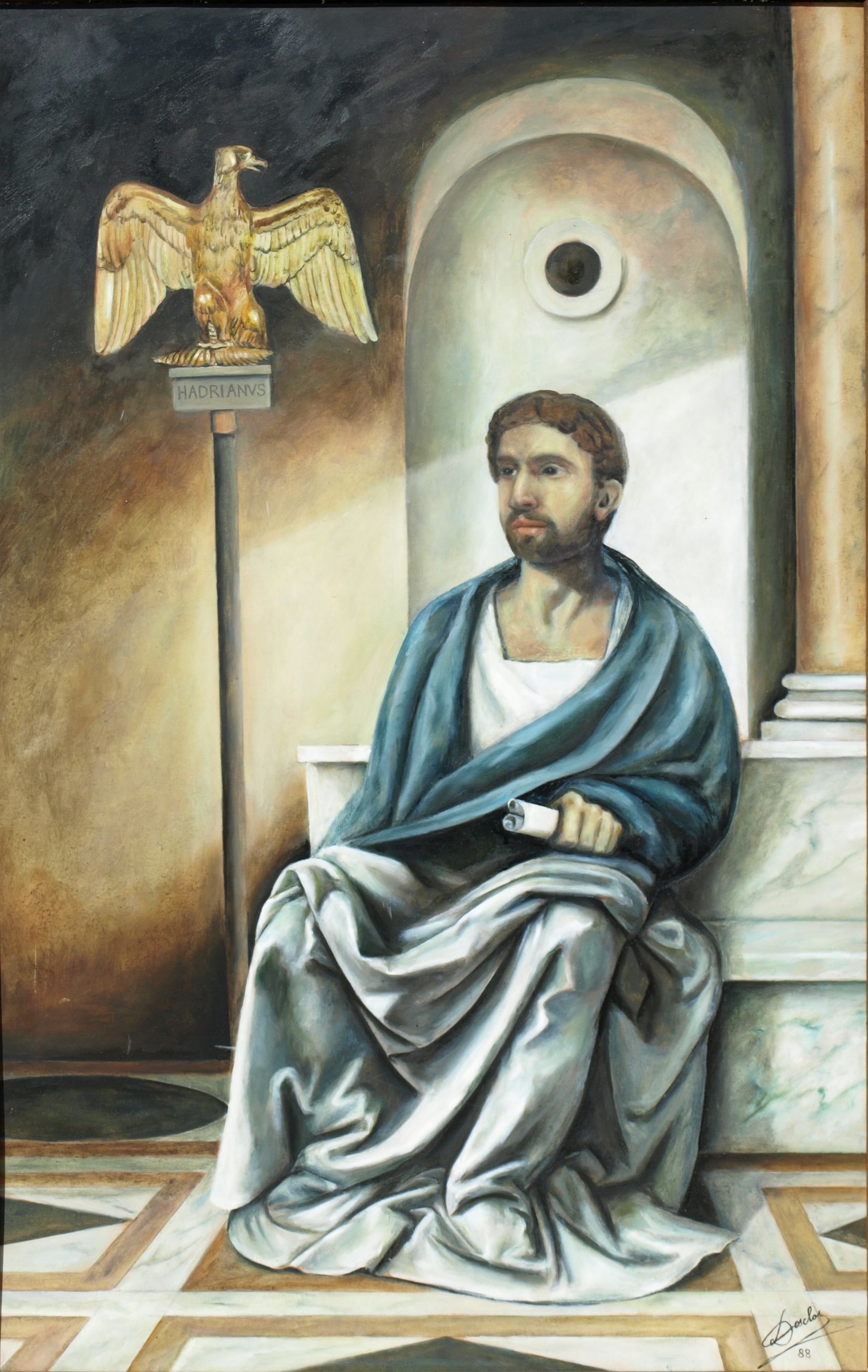 The Memoirs of Hadrian are a very special work: Marguerite Yourcenar takes the place of Emperor Hadrian, master of the Roman Empire at the time of its apogee, in the 2nd century AD. The wise Hadrian is at the end of his life: the book begins with a letter to the young Marc-Aurèle, seventeen years old, his grandson and successor. A letter that quickly becomes a pretext to tell about his life: his youth first and his slow rise to power. Then his reign with the will to privilege the emotions.

Hadrien is married but he and his wife Sabine are associates, not a couple, much less lovers. Hadrien has a few male or female conquests, but nothing very serious. And then appears Antinoüs, an intoxicating young man with whom Hadrian falls head over heels in love. Sublime passion on the roads of the Roman Empire and as far as Egypt.

Marguerite Yourcenar insists on the power of the feeling of love in this emperor, who is already over forty years old, but also of the concern for immortality with this magnificent phrase which expresses everything:

Praise is only suitable for the dead. Alive, the controversy pursues us; the just or unfair critics, the just or unfair praises; but the dead are entitled to this sort of enthronement in the tomb, before the centuries of glory and the millennia of oblivion.

Delos depicted the Emperor Hadrian seated in the position of a sage, gazing distant, almost inconsolable, probably at the loss of his lover Antinous, but still serious in his rank. It was inspired by a bust of Hadrian exhibited at the Louvre in the Gallery of the Roman Emperors. For the drape he was inspired by a splendid drawing by Leonardo da Vinci which is also in the Louvre. 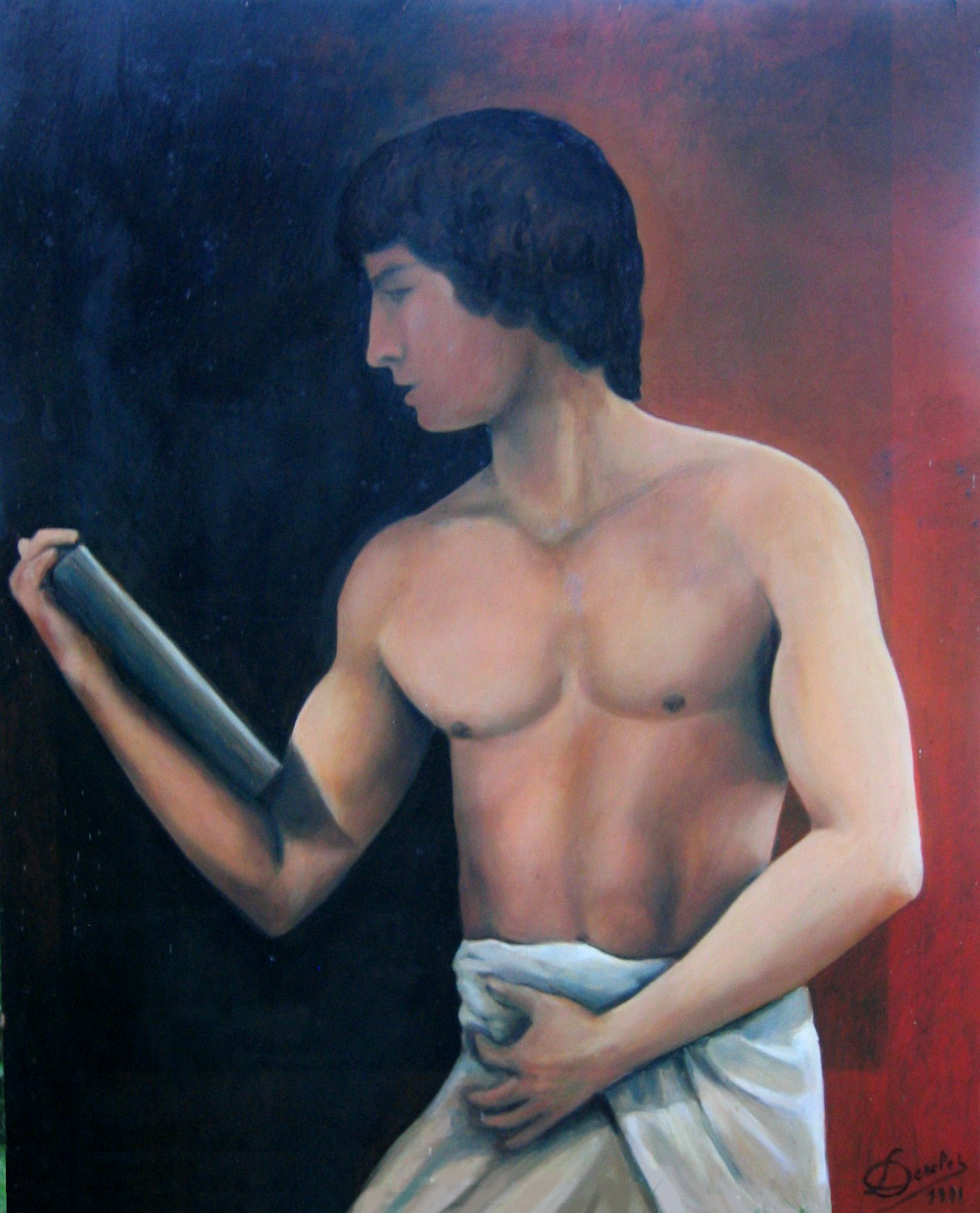 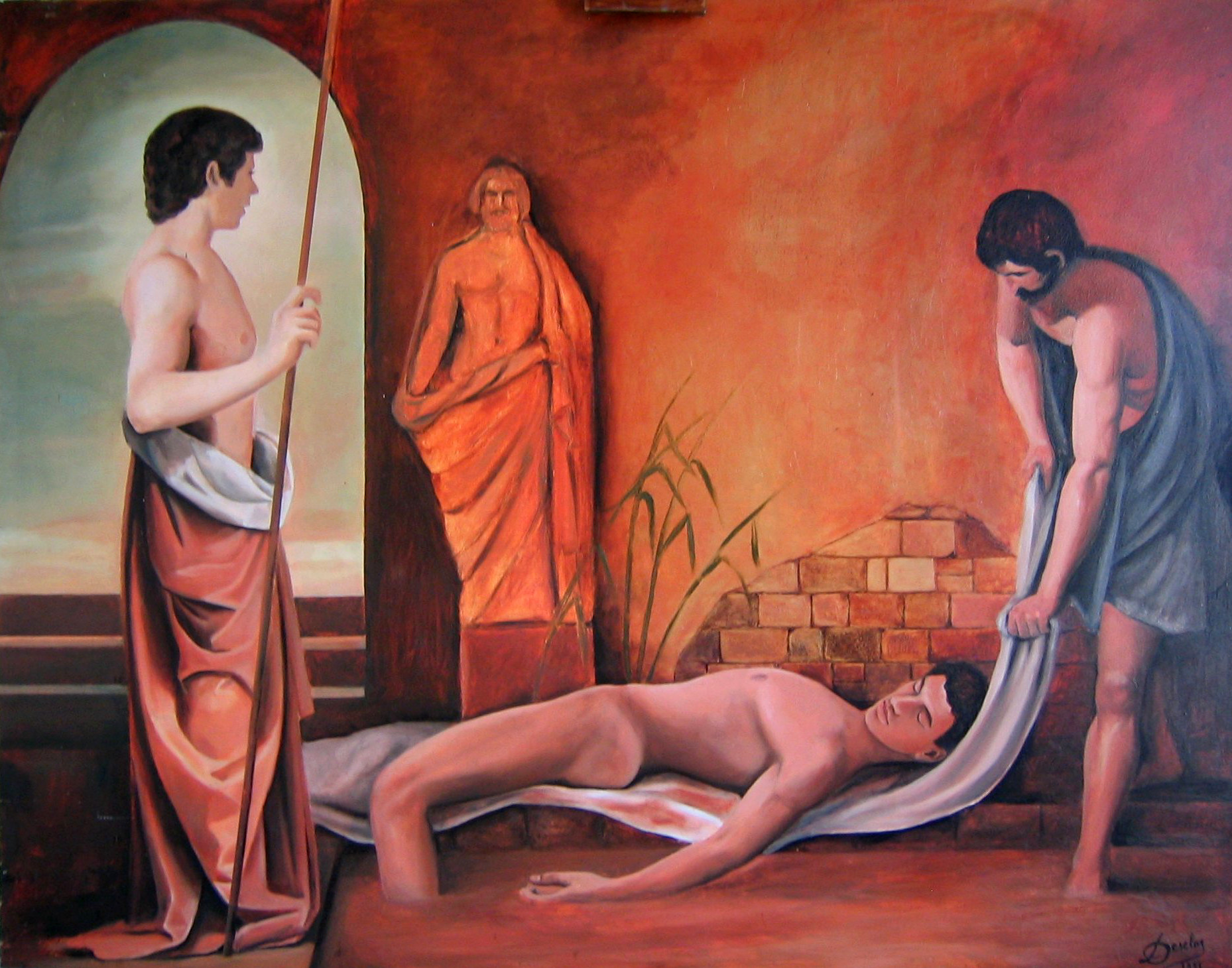 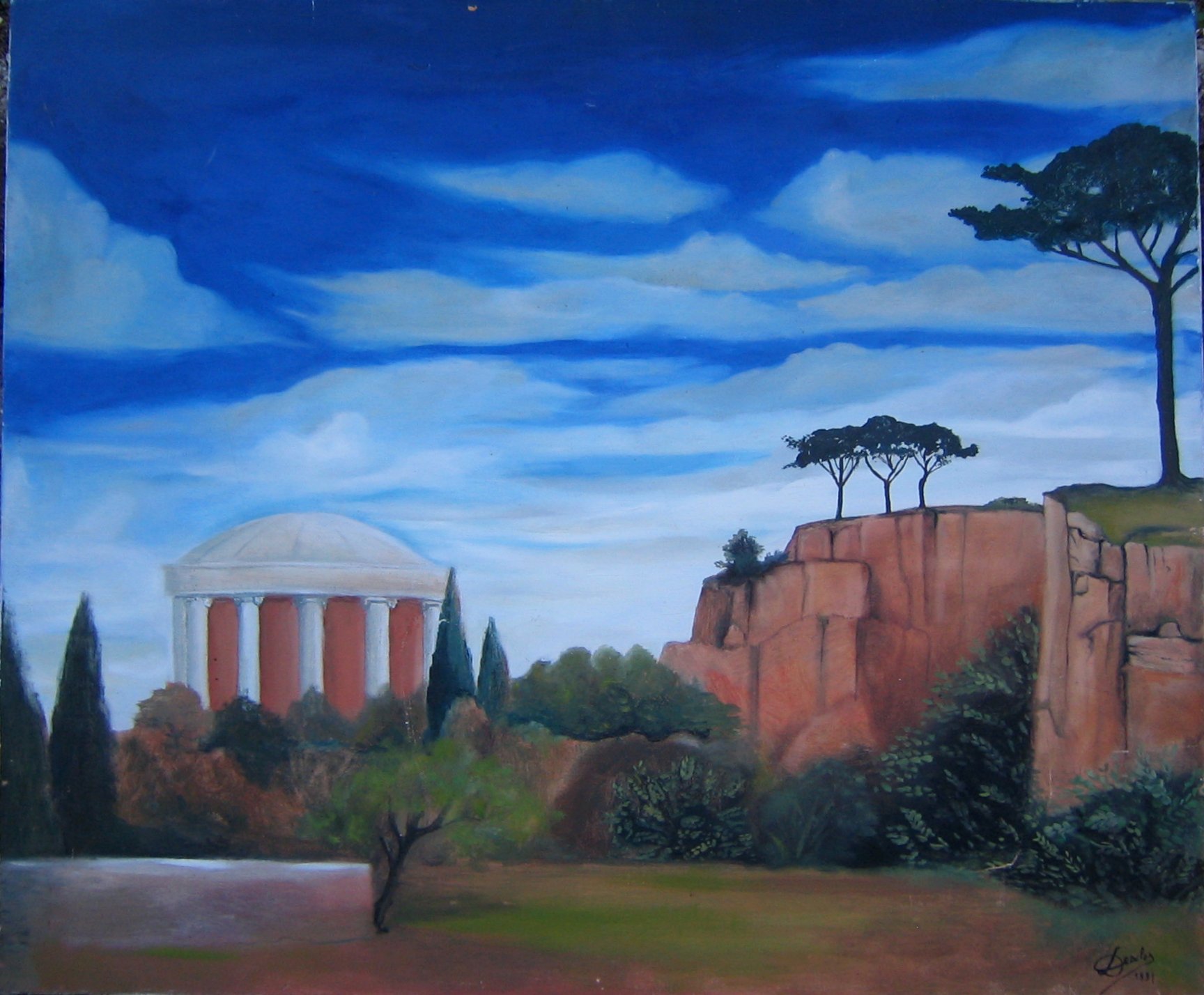 Dialogue in the swamp: This play is inspired by a story from the Middle Italian. It is inspired by the Japanese theater where real characters mingle with the appearance of ghost characters. It is the story of a Sienese patrician, Pia Tolomei, relegated by a jealous husband to a castle located in an unhealthy swamp, who leaves her to die there. 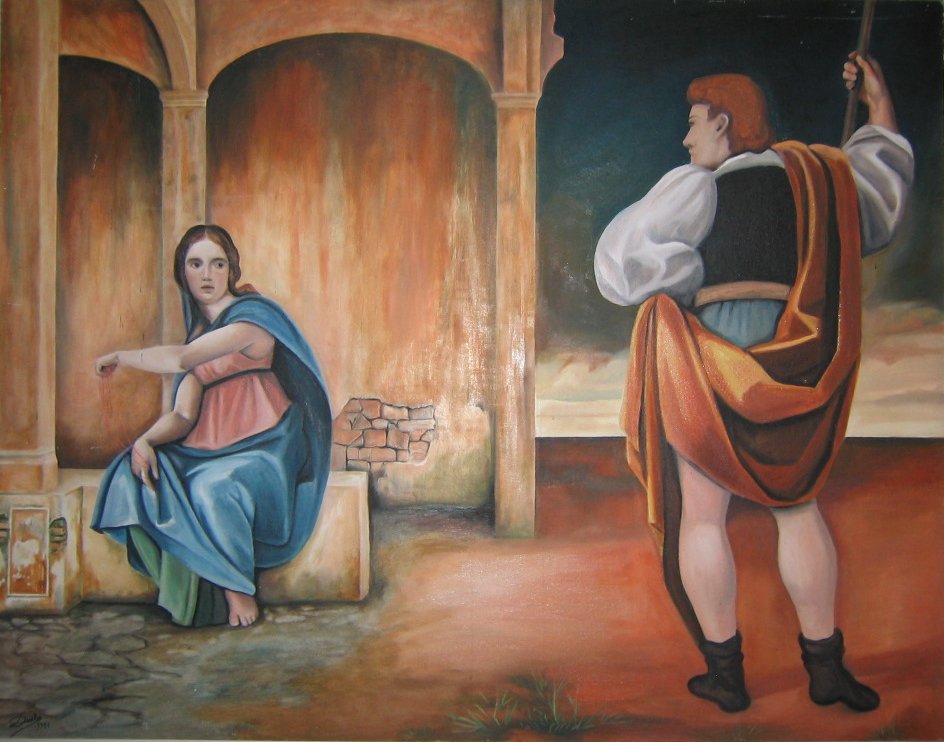 CThe “Portrait of a Woman in the Style of Vermeer of Delft” was inspired by Delos’ stays in the Netherlands. The light coming from the left window illuminates the carpet and this woman who instead of making lace, braids her hair carelessly. 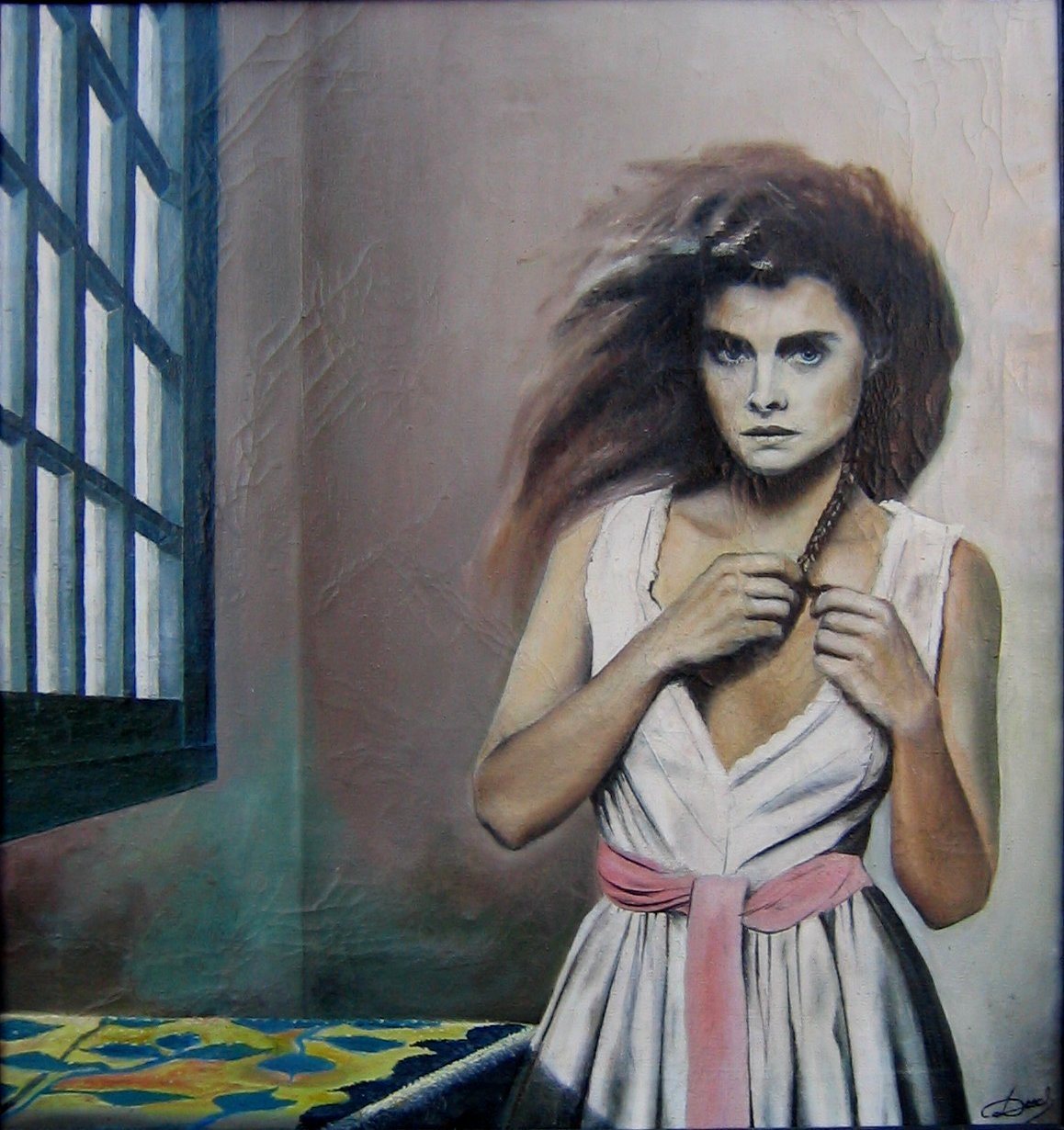