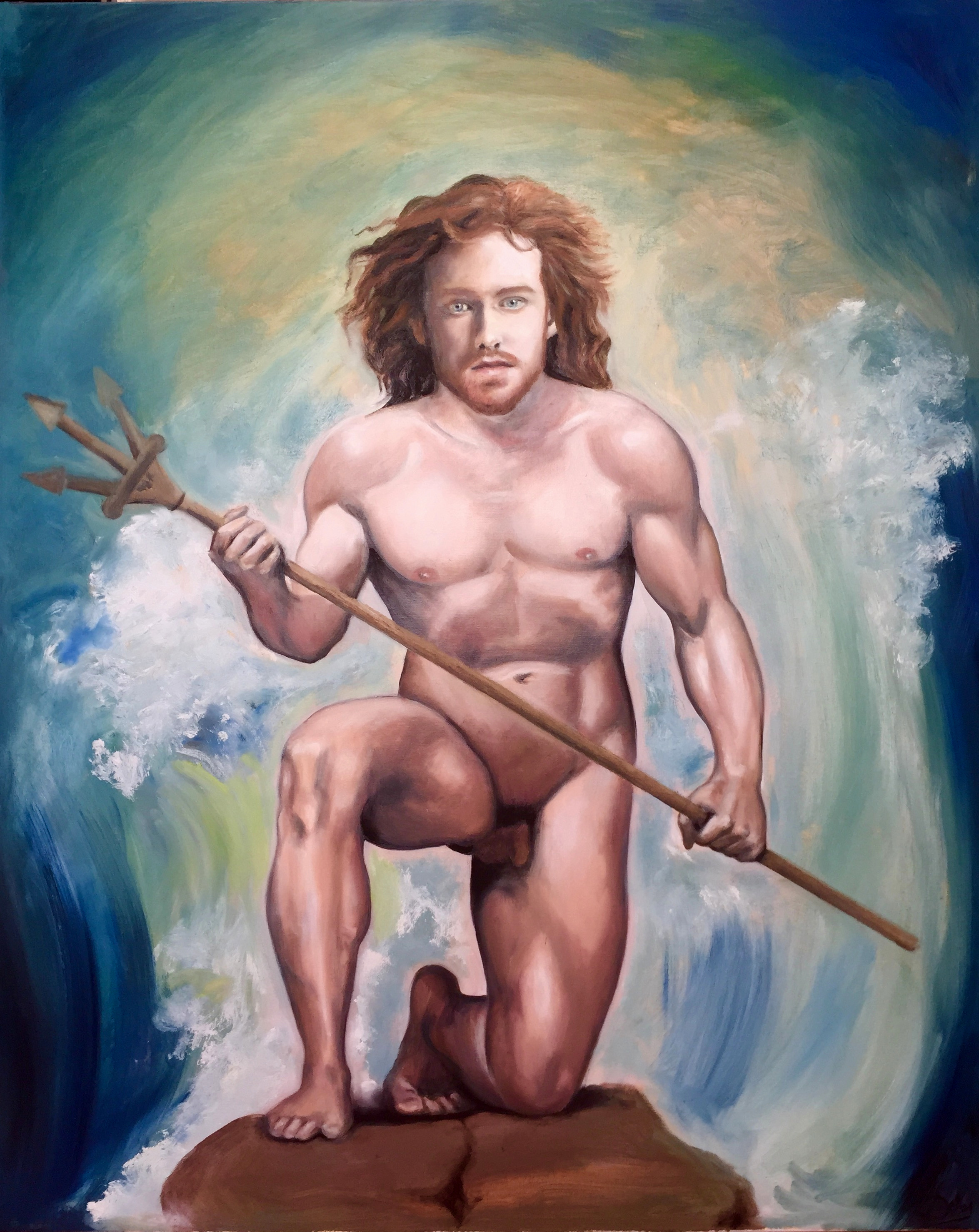 Characterized by a balance of harmony and a light and non-rigorous idealization, Delos’s paintings revisit in a singular and seductive way many Greek myths that form the basis of our Western culture and our collective imagination.

Their staging in the paintings brings us back to a “timeless time”, with no real link between space and time, only punctuated by some references to ancient Greece.

From these recreated myths, which range from Castor and Pollux to Prometheus, from Atlas to King Midas or from Narcissus to Icarus, Ulysses and Poseidon, is born an absolute message, but which nevertheless retains a part of enigma, referring to meanings deeper, woven with symbols, as in the suggestive “mythological dream”.

His pictorial culture-inspired work draws its inspiration from many sources, such as the painters of the Italian Quattrocento, but also Ingres, Poussin, Raphael, Vermeer, Carrà, Magritte or Delvaux.

The sharp and incisive line, the cold colors give life to a solitary universe, essentially motionless in crystallized movements, only shaken by the vibrant sensuality that emanates from these masculine nudes, muscular and flexible. A sensuality that is the ultimate and refined result of the journey of this unusual traveler in the heart of Antiquity.

But the story does not end there. Delos’ favorite myths also have religious roots, along with other “gods” and other “titans”: hagiographic subjects – such as Saint Sebastian, the most exalted saint for his physique in Christian iconography – or other taken from the Old Testament as those related to the theme of creation, here reinterpreted in an epic dimension that highlights the strong archetypal value.

Zeus, the master of Olympus, god of storm and rain. 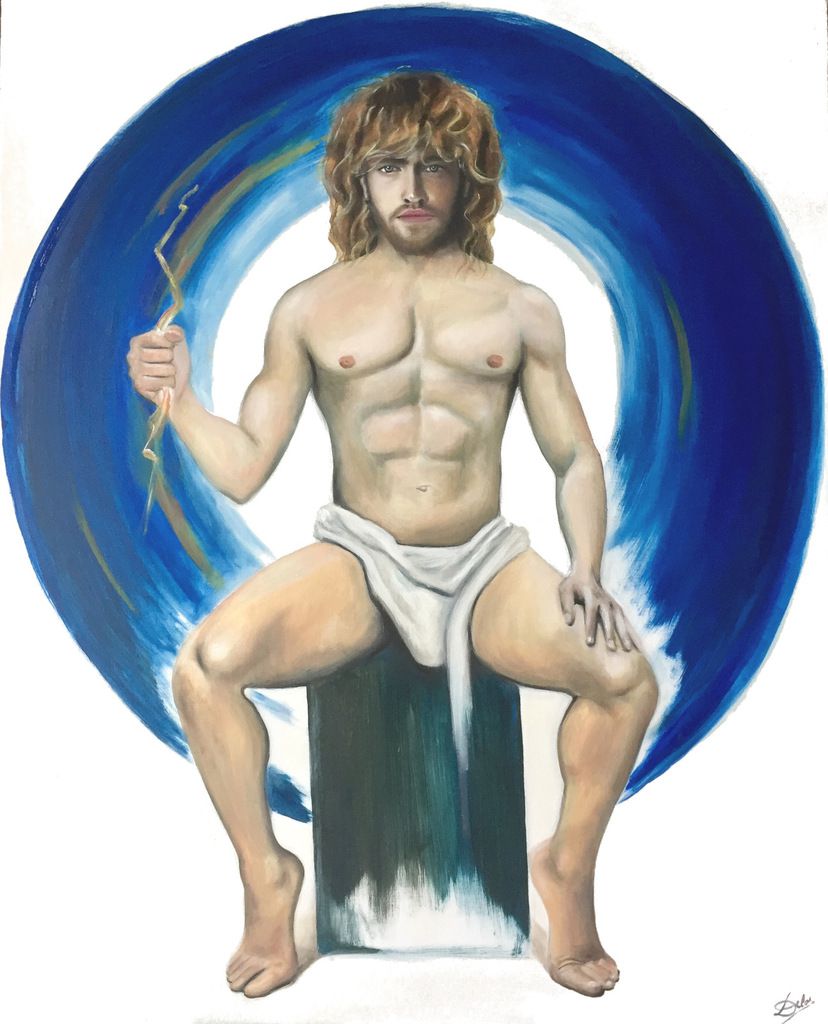 Zeus is the symbol of the maturity of Greek culture. He is the god of the gods, the supreme god. As Hesiod specified, “The eye of Zeus sees everything, knows everything”. From the top of Mount Olympus, Zeus watches over the humans and decides their fate. He is the god of the sky who decides the meteorological weather according to his mood and his whims: thunderstorms, thunders, lightning, rain, …

Zeus is also seen as a protective god, first of all because he took care of his offspring, unlike his ancestors. But also because he knew how to “humanize” the divinities and thus strengthen the links between them. Although it is paradoxical, Hesiod saw in Zeus, a god “to human nature”. 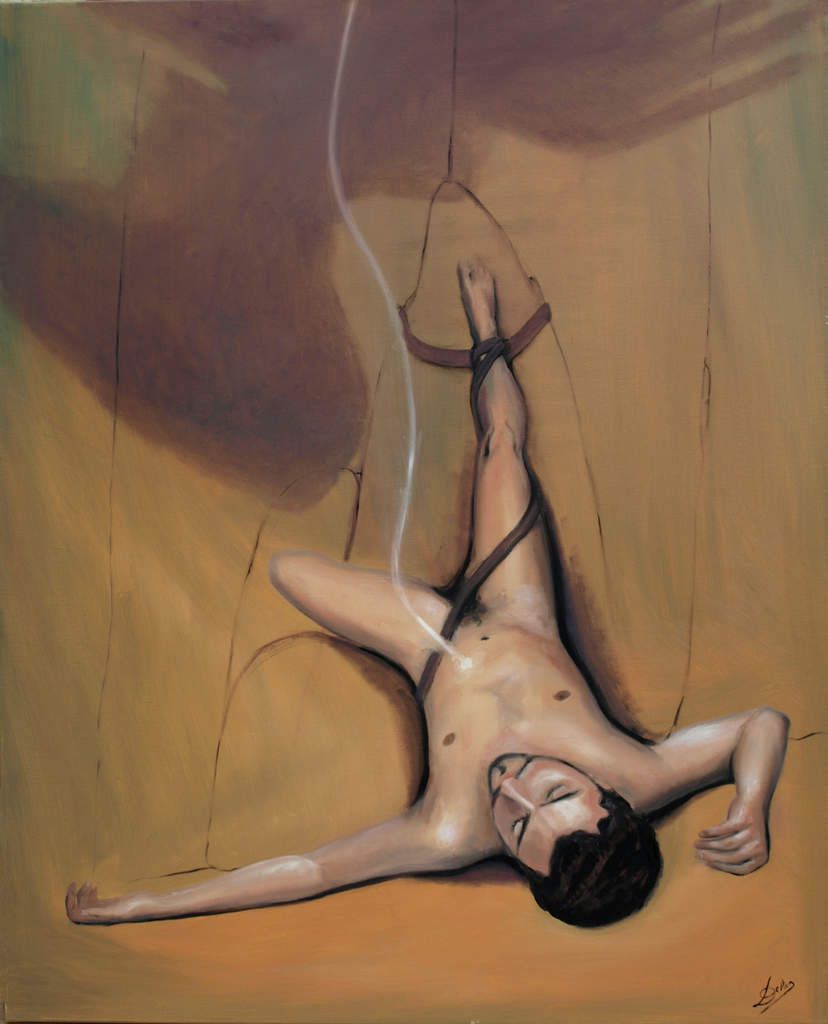 Prometheus has several brothers: Epimetheus , which is in contrast to him, the “clumsy ” par excellence, Atlas , Menoetios.

In turn Prometheus married. The name of his wife also varies according to the authors: most often it is Célaéno, or Clyménè. His children are Deucalion, Lycos and Chimaerée, to whom are sometimes added Aetnaenos, Hellen and Thebe.

Prometheus passes for having created the first men, shaping them with clay. But this legend does not appear in the Theogony, where Prometheus is simply the benefactor of humanity, not its creator.

It was for men that Prometheus had deceived Zeus .

At Mécône, for the first time, during a solemn sacrifice, he had made two parts of an ox: on one side, he had put under the skin the flesh and the entrails, which he had covered with the belly of the belly. ‘animal; on the other side he had placed the bones stripped of the meat and covered them with white fat.

</ div>
Then he told Zeus to choose his part; the rest must go to men. Zeus chooses white fat, and when he discovered that it only hid he was seized with great rancor against Prometheus and against the mortals whom this trick had favored. So to punish them, he decided not to fire them any more.

Then Prometheus rescued them again; he stole fire seeds “ at the wheel of the sun “, and brought them to the ground, hidden in a rod of ferrule. Another tradition is that he stole this fire from the forge of Hephaistos .

Zeus punishes mortals and their benefactor against the first, he imagined to send them a creature fashioned expressly, Pandora .

As for Prometheus, he chained him by steel links on the Caucasus and sent an eagle, born of Echidna and of Typhoon to devour the liver, which was always reborn. And he swore on the Styx never to release Prometheus from the rock.

However, Hercules (Hercules) when he passed through the Caucasus region, pierced with an arrow l eagle of Prometheus and delivered this one.

Zeus pleased with this feat that added to the glory of his son, did not protest, but in order that his oath did not remain in vain, he enjoined Prometheus to wear a ring with the steel of his chains and a piece of the rock on which he was attached: thus did a steel tie continue to unite the Titan with his rock.

Zeus Sovereign of Olympus
It was then that the Chiron centaur , accidentally wounded by an arrow d ‘ Héraclès and suffering without respite, wished to die. As he was immortal, he had to find someone who accepted his immortality; Prometheus rendered him this service and became immortal in his stead. Zeus accepted the deliverance and immortality of the Titan all the more willingly He had done him a great service by revealing to him a very ancient oracle according to which the child he had of Thetis would be more powerful than himself, and would dethrone him.

Prometheus possessed gifts of diviner. It was he who told Héraclès the way to get the golden apples, by teaching him that only Atlas could pick them in jardin des Zeus to annihilate the human race, which he knew how to predict.

He gave his son kisses that he did not have to renew, then rising with his wings, he flies first, anxious for his companion like the bird that has taken its tender brood from the top of its nest through the air, encourages it to follow it and introduces it to its dangerous art, itself moving its own wings , the eye fixed, behind him, on those of his son.And already s on the left had been left Samos, the island of Juno, Delos, and Paros; on their right was Lehinthos and Calymne with abundant honey, when he took the pleasure of this daring flight, abandoned his guide and, yielding to the desire to approach the sky, ascended higher. The vicinity of the devouring sun softened the fragrant wax that held the feathers. The wax melted, the child only agitates his bare arms, and now lacking any means of splitting the space, he no longer has any support on the air; and his mouth still shouted the name of his father, swallowed him cerulean water; it is from him that she got her name.

Poseidon Poseidon was the god of the Sea and the furious oceans, brother of Zeus and Hades. Its main symbol is the trident, which it receives from Cyclops.

Castor and Pollux are twin brothers from the union of Leda and Zeus and Leda and Tyndare. They are the symbol of brotherly love and the strength of union and twinship. 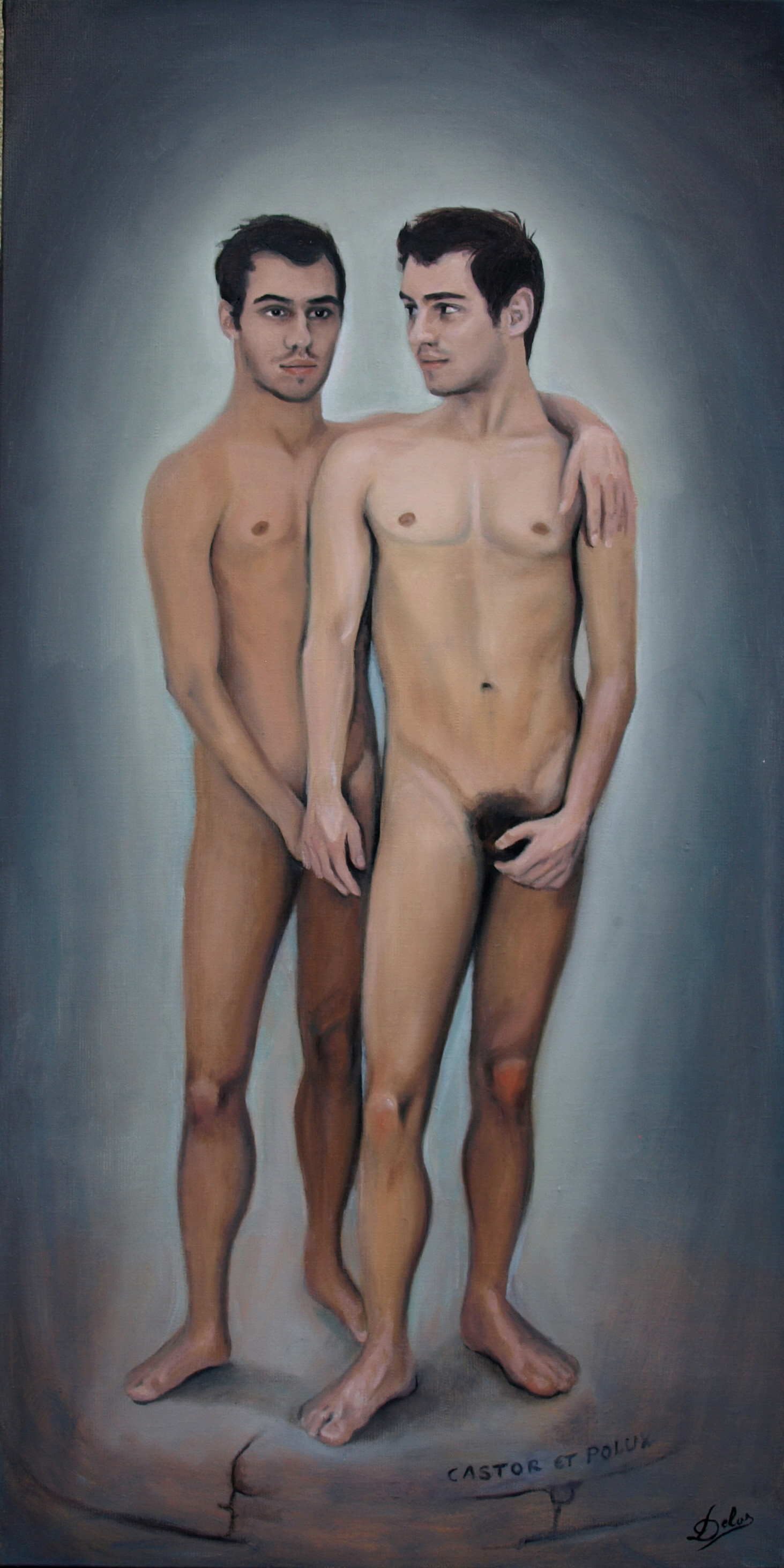 Castor and Pollux, sportsmen and warriors, also called Dioscures (“Son of God”), are illustrated in many mythical adventures. They joined the legendary Argo team, alongside Jason and the Argonauts, for an expedition to bring the Golden Fleece back to King Pelias.

Invited to the betrothal of Phoebe and Telaire, their uncle Leucippe’s daughters, Castor and Pollux fell under the spell of the two girls, and brought them back to Sparta without thinking of the consequences of their acts. Furious, the betrothed girls, Idas and Lyncée, fought with Castor and Pollux.

Idas fatally beats Castor while Pollux neutralizes Lyncée. Zeus comes to the aid of his son and Lightning Idas but it is too late Castor agonizes …

Crushed by this tragedy, Pollux begs his father Zeus for Castor, a mere mortal, to escape hell.
Zeus agrees that Castor and Pollux are alternately immortal. The two brothers will spend alternately six months on earth and six months in Hell.

Carried to the sky, Castor and Pollux become the constellation of Gemini and thus incarnate a cyclical vision of time, the two brightest stars of the constellation passing alternately in front of each other, like Castor and Pollux who alternate stays in the underworld and on Olympus, the mortal and the immortal. And so he urges us to consider, in case we have forgotten, what grounds our human nature: its mortal part, the personality, and its immortal part, the soul. At the collective and global level, it leads us to distinguish truth from falsehood, the right of the unjust, the good of the whole and the good of everyone, what is alive and what is dead, etc. 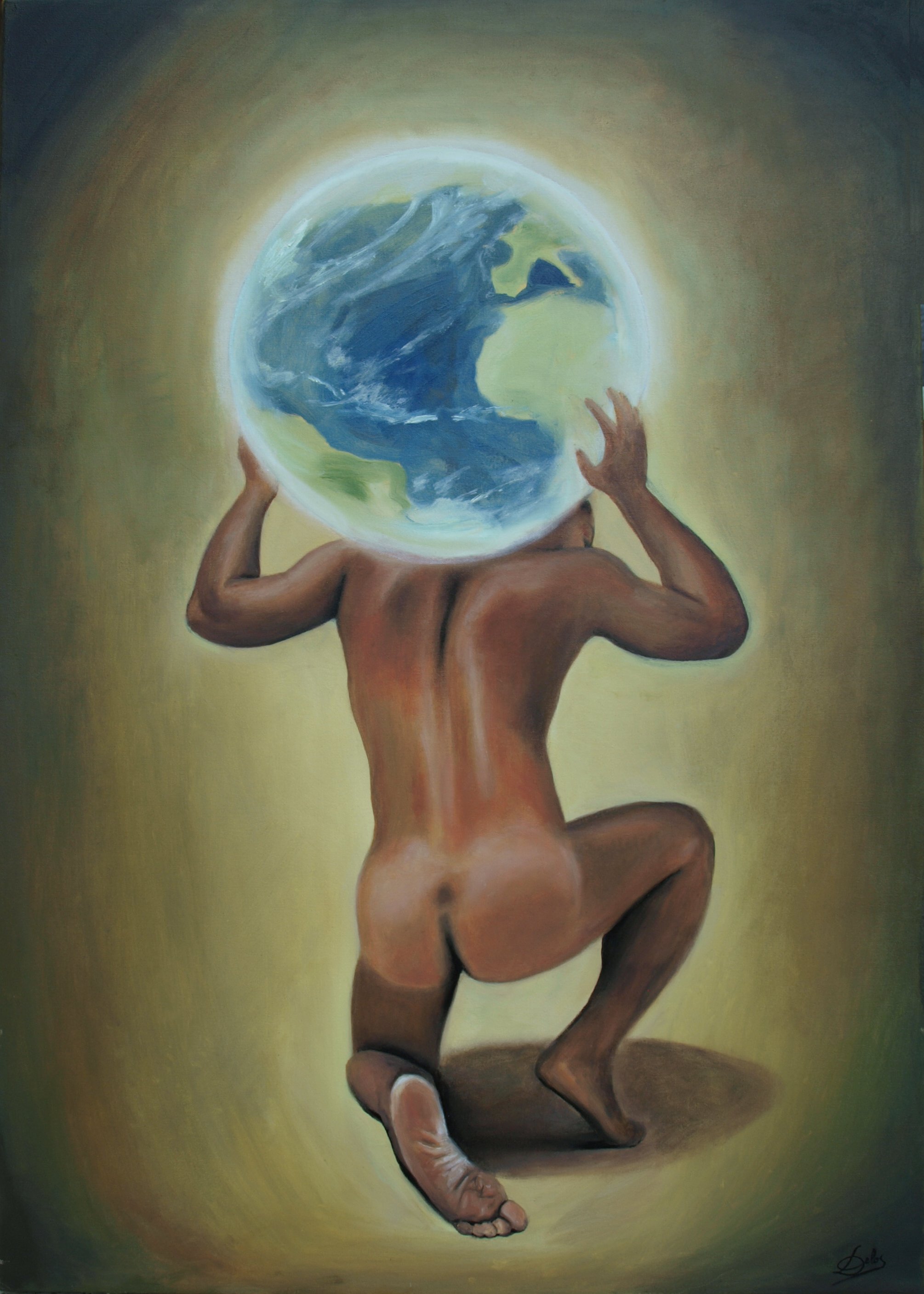 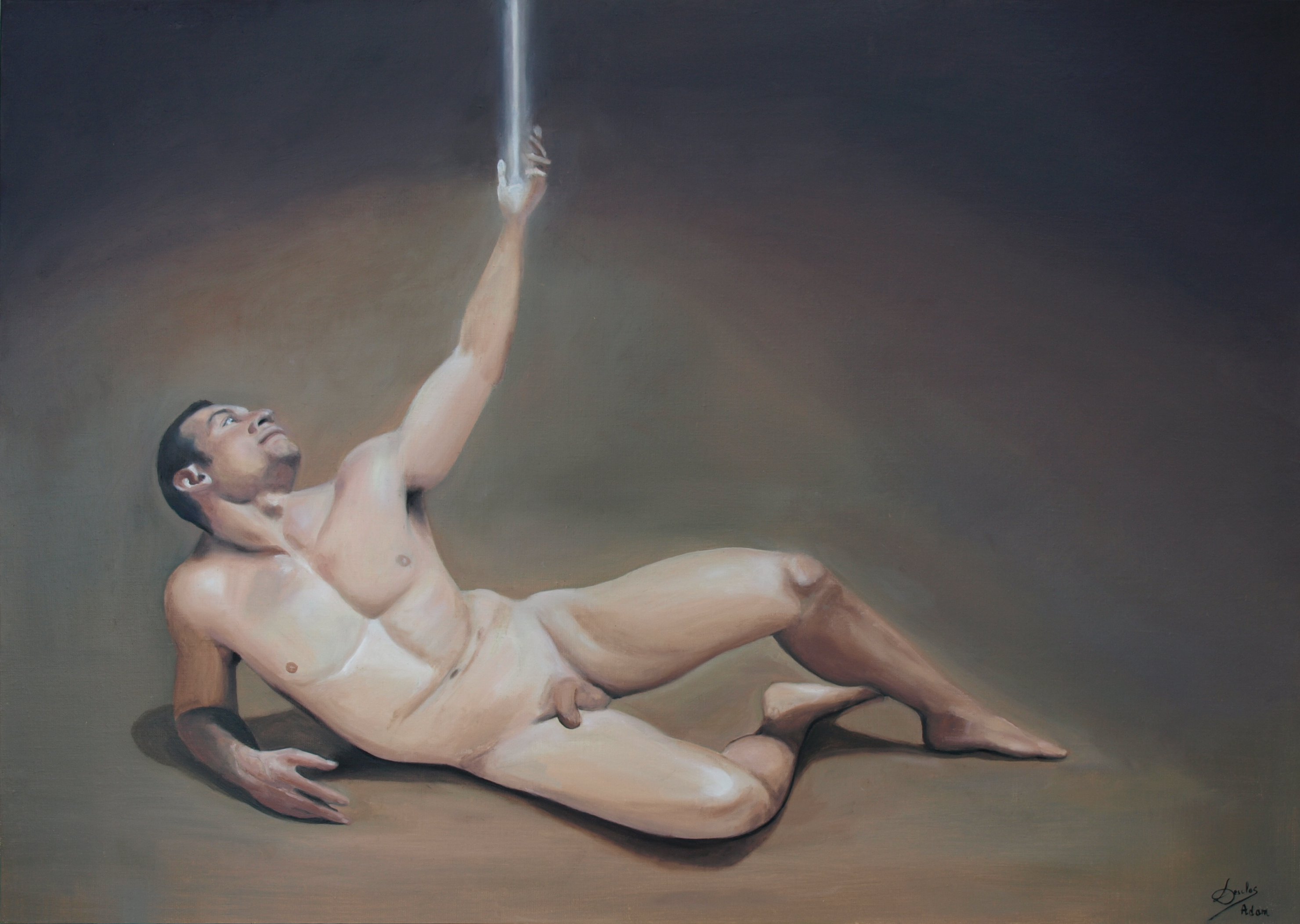